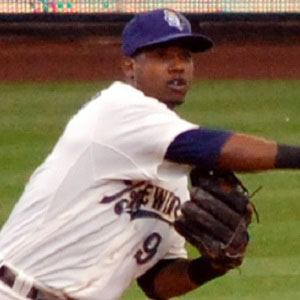 Speedy shortstop who made his MLB debut for the Los Angeles Angels of Anaheim in 2012 and was selected to his first All-Star team in 2013 with the Milwaukee Brewers. In 2016, he played for the Arizona Diamondbacks and he was traded to the Seattle Mariners prior to the 2017 season.

The Angels signed him as an international free agent in 2007.

He stole 44 bases in his breakout 2013 season with Milwaukee.

He was born in San Juan, Dominican Republic. He has a daughter named Janniel.

Multiple-time MVP Albert Pujols was his teammate on the Angels in 2012.

Jean Segura Is A Member Of