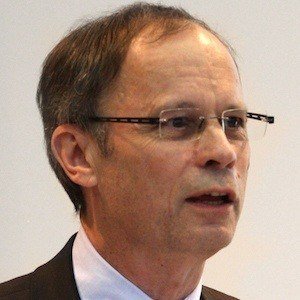 Known best as the recipient of the 2014 Nobel Memorial Prize in Economic Sciences, Tirole published numerous articles on the topics of game theory, finance, and market regulation. His full-length works include The Theory of Industrial Organization, The Theory of Corporate Finance, and Competition in Telecommunications.

After studying engineering at the Ecole Polytechnique and the Ecole des Ponts ParisTech, he earned a master's degree in decision mathematics from Dauphine University. He went on to receive a doctorate from the Massachusetts Institute of Technology.

He served as president of both the European Economic Association and the Econometric Society and taught economics at both MIT and Paris' Ecole Polytechnique.

A native of Troyes, France, he later lived in Paris, France and Boston, Massachusetts, U.S.A.

He and mathematician and fellow game theorist John Forbes Nash were both recipients of the Nobel Memorial Prize in Economic Sciences and the John von Neumann Theory Prize.

Jean Tirole Is A Member Of