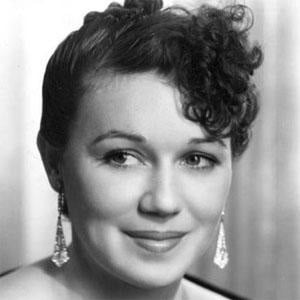 Popular actress during the Golden Age of Radio in the 1930s and '40s who became successful in character roles on TV in the decades following.

She began acting on stage at the Pasadena Playhouse, and at the same time voiced a role on Omar Khayyam, the first transcontinental broadcast from Los Angeles station KHJ.

Her debut film role in Orson Welles's 1948 film Macbeth was roundly criticized in the press, but her career grew nonetheless.

She was a frequent guest star on the CBS series Perry Mason, starring Raymond Burr.

Jeanette Nolan Is A Member Of