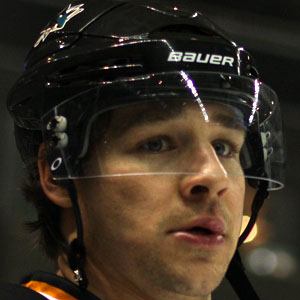 Right winger best known for his time with NHL teams like the New York Rangers and Minnesota Wild. He made back-to-back CCHA All-Tournament Teams in 2002 and 2003.

He received the Steven McDonald Extra Effort Award as voted on by New York Rangers Fans in 2004 and 2007.

He married Maggie Jacobson in July 2009.

He was teammates with future NHL player Ryan Malone on the Omaha Lancers.

Jed Ortmeyer Is A Member Of