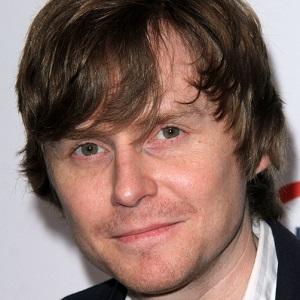 Though he is perhaps most famous for his Emmy and Streamy-winning web musical, Dr. Horrible's Sing-Along Blog, this screenwriter and musical composer also contributed to Dollhouse, Drop Dead Diva, The Avengers, and other television series and films.

Before working on Dr. Horrible's Sing-Along Blog, he wrote music for video games and performed with a Los Angeles band called The Southland.

He and his wife both wrote for the first season of Starz's Spartacus series.

His grandfather (John Whedon), father (Tom Whedon), and brothers (Zack and Joss Whedon) all had successful careers as screenwriters. In 2009, he married another screenwriter, Maurissa Tancharoen. They welcomed their first child, a daughter named Benny Sue Whedon, in 2015.

For a web series called The Guild, he and actress Felicia Day co-wrote a song titled "(Do You Wanna Date My) Avatar."

Jed Whedon Is A Member Of