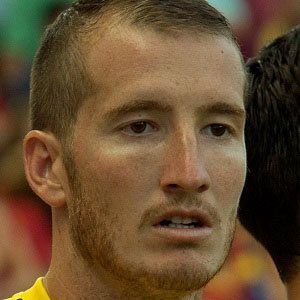 American goalkeeper who broke into the MLS with Real Salt Lake in 2013. He began his professional career in the USL with IMG Academy Bradenton in 2009.

He played college soccer at the University of South Florida from 2007 to 2010.

He won an NASL Championship with the Tampa Bay Rowdies in 2012.

He was born to Kristen and Mike Attinella.

He became teammates with Nick Rimando on Real Salt Lake in 2013.

Jeff Attinella Is A Member Of