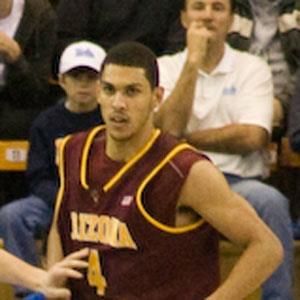 Post player who made his NBA debut in 2009 for the Portland Trail Blazers.

He played college basketball at Arizona State University, where he was first team All-Pac 10 as a senior.

He was previously Jeff Pendergraph, but in 2013 he changed his name to that of his biological father, rather than his stepfather.

He was born in Ontario, California.

He is remembered for a scuffle in game 7 of the 2013 Eastern Conference Finals when, as a member of the Indiana Pacers, he got riled up following harassment from the manager of rapper Flo Rida, who was sitting courtside.

Jeff Ayres Is A Member Of