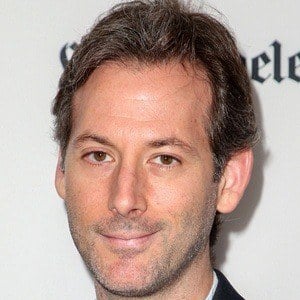 Director and screenwriter who is widely known for his work on feature films. He rose to prominence for co-writing I Heart Huckabees (2004) alongside acclaimed director David O. Russell, and wrote and directed the 2017 comedy film The Little Hours.

He studied film at New York University. His first job in the entertainment industry was as a production assistant to director Robert Zemeckis.

He earned critical acclaim for the comedic horror film Life After Beth, his feature writing and directing debut. He earned a Grand Jury Prize nomination at Cannes Film Festival for his work.

He has been linked romantically to actress and comedienne Aubrey Plaza since 2011.

In his 2017 comedy The Little Hours, he directed a cast that included Fred Armisen and Molly Shannon.

Jeff Baena Is A Member Of