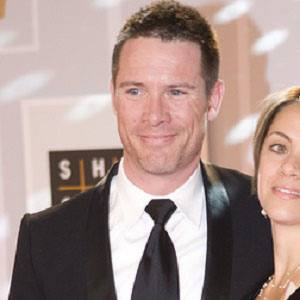 Notable for his portrayal of Richard Blake in the Canadian television series Open Heart, as well as for his recurring role as Professor Z in Strange Days at Blake Holsey High, he is also famous as the face of a popular series of Molson Canadian beer commercials.

Early in his career, he appeared in a made-for-TV movie titled Scandalous Me: The Jacqueline Susann Story.

A television host as well as an actor, he hosted the National Geographic channel's Jetman Live program.

He was born and raised in Truro, Nova Scotia, Canada.

He and Lee Thompson Young were both in the cast of the Disney Channel series The Famous Jett Jackson.

Jeff Douglas Is A Member Of