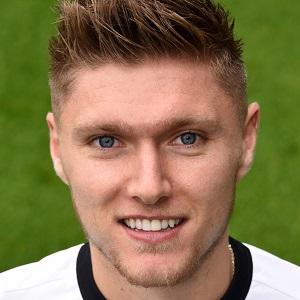 Irish midfielder who began his career with Derby County FC in 2010. In 2012, he was named Sammy Crooks Young Player of the Year. He joined Burnley in 2016.

He suffered from Osgood-Schlatter disease but overcame it to play for St Kevin's Boys from 1998 to 2008.

His spectacular goal in a 3-1 win against Middlesbrough in 2013 was named Derby's Goal of the Season.

He was one of four sons born to his parents.

He has played alongside English midfielder Will Hughes at Derby County FC.

Jeff Hendrick Is A Member Of