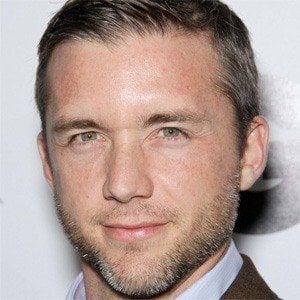 American actor best known for his season three recurring role as Matt Ramsey in the Fox series The O.C. He also appeared in Easy Money and as football coach Red Raymond in Hellcats.

He began his career in 2000 with a role in the film Tigerland as McManus. This led to three roles in 2002 with the most notable of the three being a minor role in Maid in Manhattan.

He had a recurring role in the Starz original drama series Boss.

He was born in Madison, Michigan and played basketball at Calvin College for two years.

He appeared in a 2011 episode of Castle, starring Nathan Fillion.

Jeff Hephner Is A Member Of