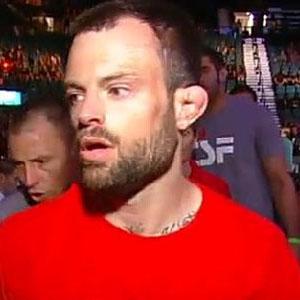 He made his professional fighting debut in 2002, winning with a rear-naked choke submission.

He was released from the UFC in 2012, after two years with the promotion.

He suffered his third career loss at the hands of Gilbert Melendez at WEC on March 27, 2003.

Jeff Hougland Is A Member Of