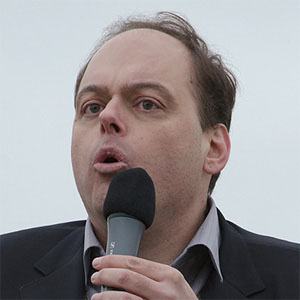 Canadian-American conservative radio broadcaster most well known for his programs The Kuhner Show, which lasted from 2009 to 2010, and The Kuhner Report, which began in 2012.

He began his career teaching history at McGill University, but left to take a position withe The Washington Times.

He was an editor for the controversial news site Insight on the News from 2005 to 2008.

He was married to Grace Vuoto.

He was, at a time, alternately supportive and very critical of U.S. President Barack Obama.

Jeff Kuhner Is A Member Of