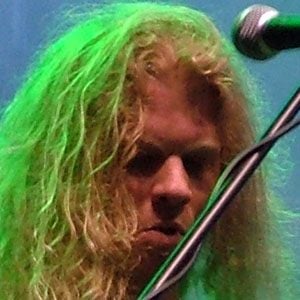 Lead guitarist for the progressive metal act Nevermore who went on to pursue a solo career.

He received his first guitar when he was nine years old. His first bands were local black metal bands.

He auditioned to be a part of Megadeth at the age of sixteen.

He became engaged in 2008, the couple later married.

He was asked to join Megadeth by Dave Mustaine years after his failed audition, but Loomis declined to join.

Jeff Loomis Is A Member Of