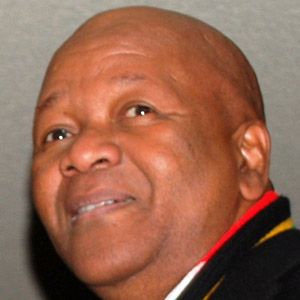 This African National Congress party member took office in 2014 as South African Minister in the Presidency. Previously, he had served a five-year term as Minister of Justice and Constitutional Development.

After studying law at the University of Zululand and Karl Marx University, he was imprisoned by the Apartheid government for his secret work with the African National Congress.

During the early 2000s, he served as South Africa's Minister of Public Enterprises and Minister of Transport.

He first held public office in the mid-1990s, as Nelson Mandela's Minister of Public Works.

Jeff Radebe Is A Member Of