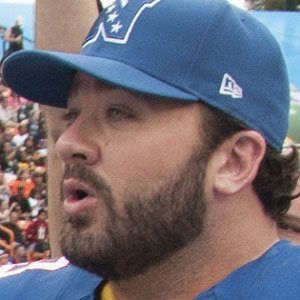 Undrafted center who was selling electrical supplies when he was signed by the Indianapolis Colts. During his time in Indianapolis, he became a 6-time Pro Bowl selection and a Super Bowl Champion.

He played football at the University of North Carolina at Chapel Hill, where he was a two-time First-team All-ACC selection.

He anchored one of the best offensive lines of his era, helping the Colts win Super Bowl XLI.

He had three children: Jeffrey, Savannah, and Joshua.

Jeff Saturday Is A Member Of