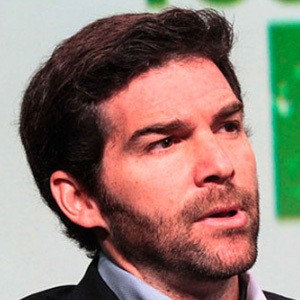 Businessman who joined the career-based social networking site LinkedIn as interim president in 2008 and went on to become its CEO. He had a significant hand in LinkedIn's acquisition by Microsoft for $26 billion in 2016.

He earned a bachelor's degree in economics from The Wharton School at the University of Pennsylvania in 1992.

He was previously employed as the Executive Vice President of Yahoo's Network Division.

His wife's name is Lisette.

He and LinkedIn co-founder Reid Hoffman were U.S. Overall winners of the EY Entrepreneur of the Year Award in 2011.

Jeff Weiner Is A Member Of