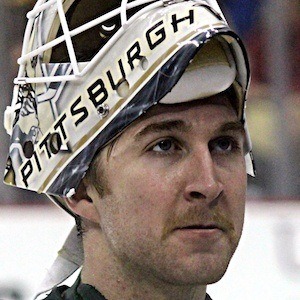 NHL goalie who was drafted 74th overall by the Los Angeles Kings in 2006. He made his NHL debut with the Pittsburgh Penguins in 2013 and, after a few years as a backup with them, re-signed with the Kings in 2016.

He played with the Sioux City Musketeers of the USHL before attending Miami University in Ohio.

He was a second-team All-CCHA team member as a senior in college. He won the Hap Holmes Memorial Award for lowest GAA in the AHL in 2013 and 2015.

He was born to Jeff and Kristina Zatkoff and married Kristin Zatkoff. His grandfather played for the Detroit Lions.

He started the first two games of the Penguins' 2016 Stanley Cup playoff run, but was then replaced by Matt Murray.

Jeff Zatkoff Is A Member Of