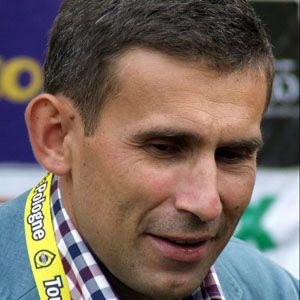 He entered his first Olympics in 1996 and took gold in the 50 km walk.

He became the first athlete to claim gold for both the long distance and short distance race at the 2000 Olympics.

He married Agnieszka Korzeniowski in 2002.

Robert Korzeniowski Is A Member Of