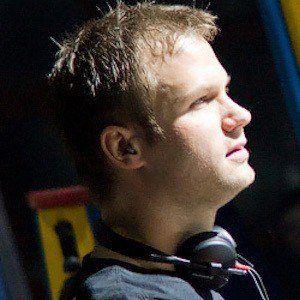 DJ known as being the frontman for the Dutch trance music project Dash Berlin. He, along with two friends, formed the group in 2007. He was voted the 10th most popular DJ in the world by DJ Mag in 2013.

He became a fan of electronic music while a high school student. He began collecting vinyl records while working in a record store also throughout high school. He began performing in the Dutch underground music scene in 1995.

He was born and raised in The Hague, Netherlands.

In 2009, he released the single "Waiting," a collaboration with Emma Hewitt.

Jeffrey Sutorious Is A Member Of