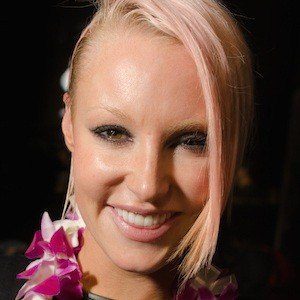 Singer-songwriter and vocalist for various electronic music genres, she is best known for being the haunting and recognizable voice on various trance tracks.

She began performing locally and acoustically when she was a teenager. Her first run in with electronic house music was in 2007 with the single "Carry Me Away," a collaboration with DJ Chris Lake. It was on the Billboard Hot Dance Airplay list for 50 weeks and even reached number 1 in the United States.

In 2012 she released her first solo album and released six singles from it over the timespan of a year. In 2014 it was reported that she was working on a new album with an unspecified release date.

She has worked with various artists like Armin van Buuren on "Forever Is Ours" and the German trance duo Cosmic Gate made up of Nic Chagall and DJ Bossi on multiple tracks.

Emma Hewitt Is A Member Of