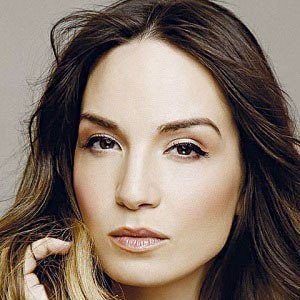 Pop singer who represented Serbia in the 2008 Eurovision Song Contest with the song "Oro." Her first album Panta Rei was released that year and included the song "Nema Koga," which was featured in the film Ivkova Slava.

She won the children's song contest Sarenijada at age eight. She later sang as part of the award-winning group Kud Abrasevic.

In 2009, she and other Eurovision contestants recorded the song Time To Pray, which features lyrics written by Israeli President Shimon Peres.

She married Serbian actor Ivan Bosiljcic in August 2011. Her daughter Nina was born in January 2012.

She grew up in the same town as Marija Serifovic, who won Eurovision in 2007.

Jelena Tomasevic Is A Member Of