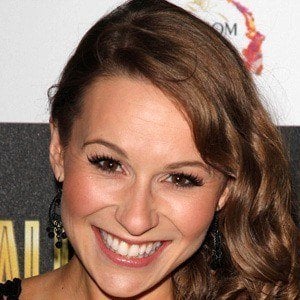 She studied media and performance at Salford University.

She voiced the character of Alice Nimbletoes in the animated series Angelina Ballerina: The Next Steps.

She was born in York, England, and grew up in the town of Scunthorpe.

She and actress Emma Atkins both attended Salford University.

Jen Pringle Is A Member Of