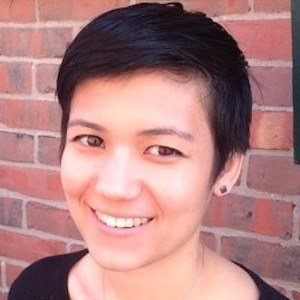 Former BuzzFeed star and producer known for appearing in videos like "Here's What Happens When Tomboys Wear Dresses For A Week." She was featured on the BuzzFeed YouTube channel Ladylike. In 2020, she launched The Kitchen & Jorn Show YouTube channel with Kristin Chirico.

She graduated with her bachelors from Emerson College with a degree in writing for film and television. She then took internships with a number of companies before scoring her internship with BuzzFeed.

She contributed to viral BuzzFeed videos like "What It's Like to Be Intersex" and "Things Only Gay Guys and Straight Women Understand."

She grew up in Illinois and has a sister named Allison.

She was a BuzzFeed intern turned producer, much like Michelle Khare.

Jen Ruggirello Is A Member Of