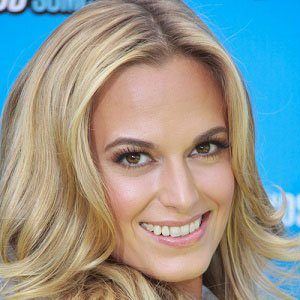 She briefly enrolled at Belmont University to study international business before heading to Hollywood to pursue a career in acting and modeling.

She is well known for her charity work, including the organization that she runs called Pageant of Hope.

She was born in Winder, Georgia and received the titles Miss Georgia Junior National Teenager and Miss Georgia Teen USA 2007.

She landed a main role as Cassie in her debut film Attack of the 50 Foot Cheerleader. She also appeared in Last Vegas and Kill the Messenger, the latter of which starred Jeremy Renner.

Jena Sims Is A Member Of