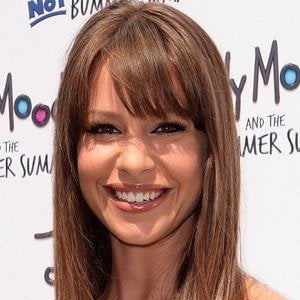 American singer and actress known for performing on the Australian children's entertainment show Hi-5. She has also appeared in a musical adaptation of Wuthering Heights.

She attended the University of Cincinnati College Conservatory of Music where she studied musical theatre.

She released a country album in 2007 entitled Give a Girl a Reason.

She grew up with a younger brother, Justin, and a younger sister, Melissa. In 2006 she married Tom Korbee.

In 2011, she appeared in Judy Moody and the Not Bummer Summer with Heather Graham.

Jenn Korbee Is A Member Of