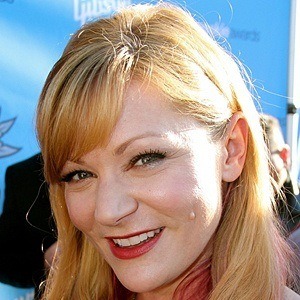 Entertainment journalist who created Legion of Leia, a website dedicated to shining a spotlight on women in science fiction. She has been featured on The Young Turks, G4's Attack of the Show, Al Jazeera America and many other prominent media outlets.

She was a musical theater major at Syracuse University. Before turning to journalism, she worked as a makeup artist.

She contributed a chapter to the 2015 book Star Wars Psychology.

She hosted a weekly interview show with Stan Lee called Interviews with Stan.

Jenna Busch Is A Member Of