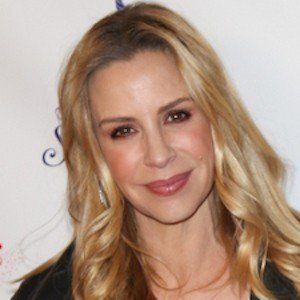 Model turned actress starred of the E! network show Dirty Soap and other programs that spanned over a decade.

Spotted by a hairdresser at age 14, she began modeling over summer breaks in high school, and devoted herself fully to modeling after graduation.

She was runner up for the role of Carly Corinthos on the ABC soap General Hospital, but lost out to Jennifer Bransford, who left the role after several months.

She married actor , who played Luis Lopez-Fitzgerald on the NBC soap opera Passions.

She guest-starred on NYPD Blue opposite Kim Delaney.

Jenna Gering Is A Member Of