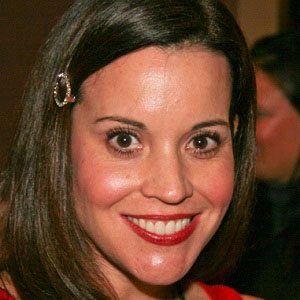 Actress who appeared in the Broadway production of Wicked and played Libby Chessler on ABC's Sabrina, the Teenage Witch.

She appeared in the 1994 TV movie A Friend to Die For when she was seventeen years old.

She and her twin sister, Jessica, and younger sister, Becca, were raised in Simi Valley, California by a father who was a musician and a mother who was an actress.

She and Melissa Joan Hart both became known for their roles on Sabrina, the Teenage Witch.

Jenna Leigh Green Is A Member Of