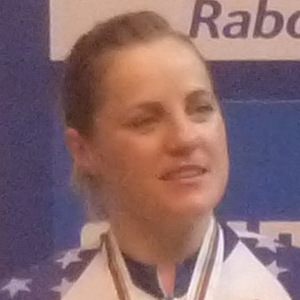 Decorated American cyclist who made her first of many appearances at the Olympic Games in 2004. In 2008, she took home the gold medal in the keirin at the UCI Track Cycling World Championships.

She graduated from Issaquah High School. She was one the best American junior cyclists of her time, winning multiple titles at the U.S. Junior Track National Championships in 1994.

She led the University of Washington to the Collegiate Track Cycling Championship in 1996.

She married Brandon Madden, with whom she has a child.

She and Bobby Julich both represented the United States in cycling at the 2004 Summer Olympics.

Jennie Reed Is A Member Of