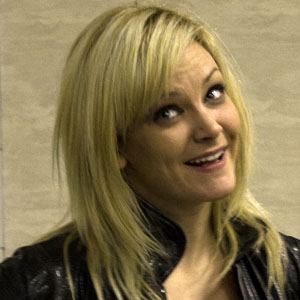 Best known under the ring name Girl Dynamite, she made her wrestling debut in 2007.

She began her career in 2004 as a ring announcer.

She was born and raised in Ontario.

In 2009 she made Pro Wrestling Illustrated's top-50 female wrestlers, being ranked #38; Mickie James was voted #1.

Jennifer Blake Is A Member Of