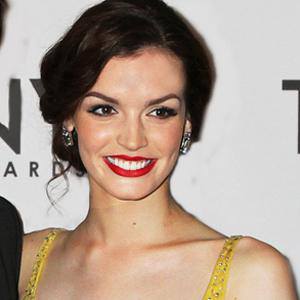 American stage performer who appeared in such Broadway musicals as Spring Awakening, Next to Normal, and Spider-Man: Turn Off the Dark.

At the age of nine, she started taking voice lessons and joined a children's theater group.

She originated the role of Natalie Goodman in Broadway's Next to Normal and earned a 2009 Tony nomination for her performance.

She grew up with a brother named Pat and a sister named Elizabeth.

She performed with Aaron Tveit in Next to Normal.

Jennifer Damiano Is A Member Of