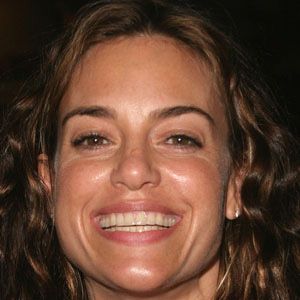 The daughter of screen legends Cary Grant and Dyan Cannon, she became an actress in her own right, appearing in films such as The Evening Star and Going Shopping and in episodes of numerous television series. this California native is perhaps most famous as the

After earning an American Studies degree from Stanford University, she worked as a chef and a legal assistant. She made her television debut in a 1993 episode of Beverly Hills, 90210.

She published a 2011 memoir titled Good Stuff: a Reminiscence of My Father, Cary Grant.

During the 1990s, she was briefly married to television director Randy Zisk. In 2008, she welcomed her first child, a son named Cary Benjamin.

She co-starred with Harry Hamlin in the short-lived WB series Movie Stars.

Jennifer Grant Is A Member Of