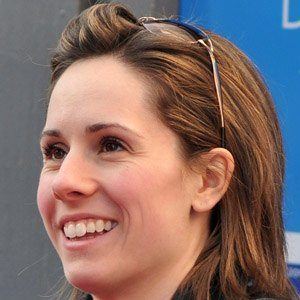 Canadian athlete who won a gold medal in freestyle skiing at the 2006 Winter Olympics in Turin, Italy.

She competed in her first Olympics in 2002, when she was eighteen years old. She lost the bronze medal in the moguls category by just one-hundredth of a point.

She won four World Cup titles in freestyle skiing between 2007 and 2011 and won a silver medal in the 2010 Vancouver Winter Olympics.

She had a long-term romantic relationship with her skiing coach, Dominick Gauthier.

She and fellow Canadian athlete, Jamie Sale, both competed in the 2002 Olympic Games. Sale took first place in the pairs ice skating competition.

Jennifer Heil Is A Member Of