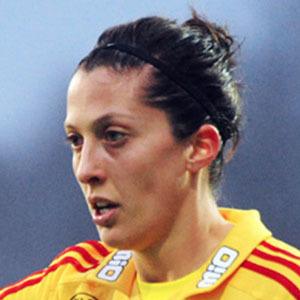 Attacking midfielder who has risen to fame for her club career played internationally, including within Spain's Primera División for FC Barcelona between 2013-2017. She won the Primera Division in back-to-back seasons in 2014 and 2015.

She began her soccer career within Atlético Madrid's system in 2006. He later made his professional debut in 2013 for Tyresö FF.

He won the Coupe de France Féminine with Paris Saint-Germain in 2017-2018. He previously won the Copa de la Reina de Fútbol title for FC Barcelona in 2014 and 2017.

She earned the nickname Jenni throughout her club career. She was born and raised in Madrid, Spain.

She and Olga Garcia have played as teammates for Atlético Madrid Femenino.

Jennifer Hermoso Is A Member Of