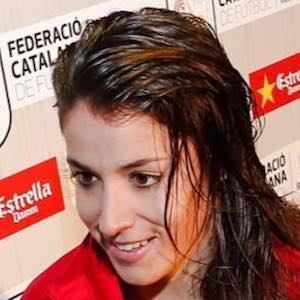 Her youth career began in 2001 as part of the La Penya Blac i Brava La Roca academy. She then joined the FC Mataro in 2002 and in 2010, she began her senior career with the Barcelona club. In 2015, she joined the Spanish national team.

She is known for having won the Algarve Cup in 2017 and the Cyprus Cup in 2018 as part of the Spanish national team.

She was born and raised in Dosrius, Catalonia, Spain.

She scored off of Sophie Perry in the UEFA Women's Euro 2017 qualifying match in Dublin.

Olga García Is A Member Of