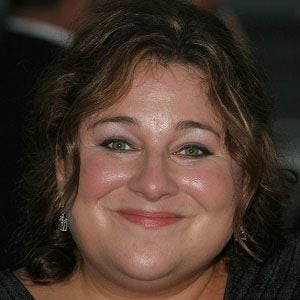 Famous for a number of New York Times bestselling novels -- including Best Friends Forever; In Her Shoes; and Good In Bed -- Weiner also worked as a journalist, screenwriter, and producer.

After earning an English degree from Princeton University, she became a columnist for a State College, Pennsylvania-based newspaper and for a Lexington, Kentucky publication before ultimately accepting a features writing position with The Philadelphia Inquirer.

She wrote and produced a short-lived ABC Family series titled State of Georgia.

She was born in Louisiana but raised primarily in Connecticut. Her marriage to lawyer Adam Bonin resulted in two children; following her 2010 separation from Bonin, she became involved with Bill Syken.

Her 2002 novel In Her Shoes was adapted into a movie starring Toni Collette, Shirley MacLaine, and Cameron Diaz.

Jennifer Weiner Is A Member Of