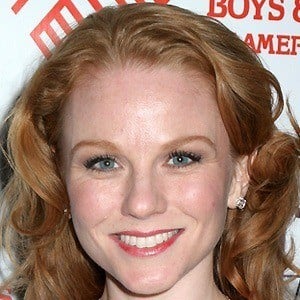 Actress who starred on Broadway from 2006-2010 as Christine in the iconic musical The Phantom of the Opera.

She received a bachelor's degree from Salisbury State University and went on to attend graduate school at Indiana University.

She made her Broadway debut in 2004 as the understudy for Belle in Beauty and the Beast.

She co-starred with Brooke Shields in the Broadway play Wonderful Town.

Jennifer Hope Wills Is A Member Of