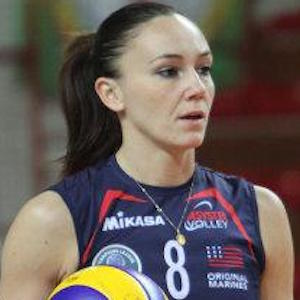 Italian international middle blocker who was a member of her country's 2007 and 2009 European Championship-winning teams and played at the 2008 Olympic Games. She appeared in 130 games during her international career.

She started playing with Codognè's volleyball team in 1996 and eventually debuted with Italy's national team in 1999.

She was named Best Blocker at the 2007 European Championship and has played professionally for Foppapedretti Bergamo, Asystel Novara, and Imoco Volley Conegliano.

She married Antonio Castelli in 2014.

She was Olympic teammates with Eleonora Lo Bianco in 2008.

Jenny Barazza Is A Member Of