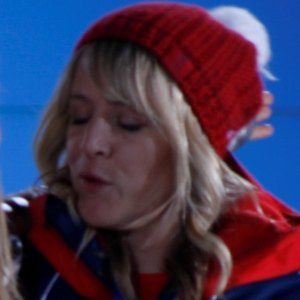 British snowboarder who took home gold in the slopestyle at the 2009 and 2010 Winter X Games. In 2014, she became the first British athlete to win a medal in an Olympic snow event, winning bronze in the slopestyle.

She attended Ridings High School in the village of Winterbourne. She was a track and field athlete before turning to snowboarding while living in France.

In 2014, she began presenting the extreme sports radio series Jenny Jones' Extreme and served as a coach on the celebrity sports television show The Jump.

Her parents are Helen and Peter Jones. She has been in a relationship with a photographer and location scout named Alex.

She finished just behind Finnish silver medalist Enni Rukajarvi in the slopestyle at the 2014 Winter Olympics.

Jenny Jones Is A Member Of