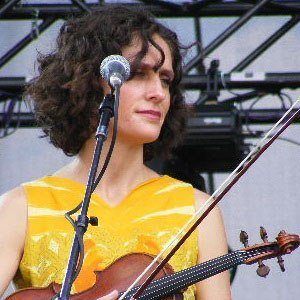 Acclaimed jazz, folk, and country violinist. Her 2005 album, 12 Songs, was named one of the Top Ten Albums of the Year by the New York Times. Her other albums include The Rabbi's Lover and Shalagaster.

Born in Florida and raised in California, she later settled in New York with her son and daughter.

Her uncle Victor Scheinman was a key figure in the robotics field, and her grandfather Telford Taylor was a prosecutor in the famous Nuremberg Trials.

She collaborated with jazz guitarist Bill Frisell on several albums, including The Kentucky Derby is Decadent and Depraved, The Intercontinentals, and Richter 858.

Jenny Scheinman Is A Member Of