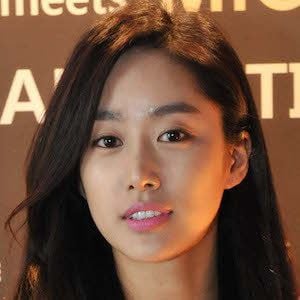 Actress, singer and model also simply known as BIN who caught the acting bug after appearing in her first TV drama Sang Doo! Let's Go to School. Other television credits include Only You, On Air, Gunman in Joseon and more.

She was part of a girl group trio called LUV before venturing into a solo singing career with her debut album Love Somebody. She found success with her second album In My Fantasy.

She was the CEO and model for an online shopping mall called ByHeaven. She became the ambassador of the Make-A-Wish Foundation in South Korea.

She was born in Namyangju, Gyeonggi-do, South Korea.

She starred alongside Lee Joon-gi in the television series Gunman in Joseon.

Jeon Hye-bin Is A Member Of