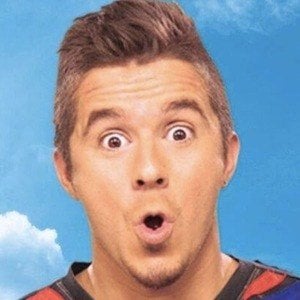 Children's comedian who has found popularity in Latin America working alongside his famous clown father, Fabian Gomez. He has starred on his father's television show, Piñón Fijo, as well as in stage productions like "En Familia- A Que Sí"

He was raised in Córdoba, Argentina.

He has been a guest on shows like Pura Química.

He has worked with his sister, Ana Sol Gomez Suarez, on Piñón Fijo.

He and Camila Bordonaba both acted on popular Argentine children's shows.

Jeremías Gómez Suárez Is A Member Of