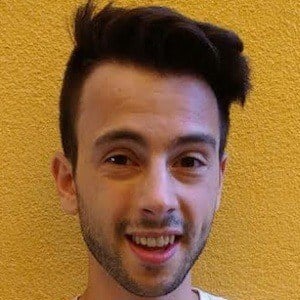 American vlogger best known as one half of the YouTube channel Two Beeps. The channel, which he shares with boyfriend John Brady Hamilton, is dedicated to documenting their lives as a gay couple in New York City.

He earned a B.S. in Communication and Media Studies from the University of Massachusetts, Amherst in 2012. He began attending the Fashion Institute of Technology in 2015.

He has a second degree black belt in Modern Kenpo Karate. He is a freelance writer.

He met John while in college.

Like Joey Graceffa, he is a popular YouTuber from Boston, Massachusetts.

Jeremy Nero Is A Member Of