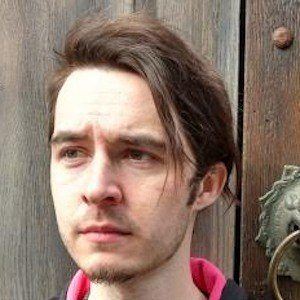 American YouTuber who co-runs the vlog channel Two Beeps. On the channel, he and his boyfriend Jeremy Nero document their lives together as two gay men living in New York City.

He earned a B.A. in Communication from the University of Massachusetts, Amherst.

He worked at UVC-TV 19 for four years and created the reality series The Orchard Hills. He has written movie reviews for the blog GoUpInFilms.

He met Jeremy in college, where they had classes together.

He has worked as a videographer for Jewish reggae artist Matisyahu.

John Brady Hamilton Is A Member Of