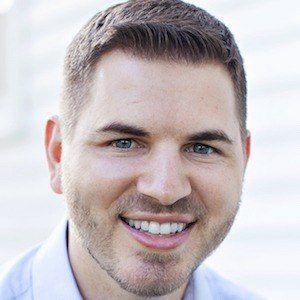 YouTube family vlogger who is known for his J House Vlogs channel. He has gained widespread popularity there for his frequent vlog entries concerning his family life alongside his wife Kendra and their five children.

He began the J House Vlogs YouTube channel alongside his wife on August 14, 2014. He posted their first video there on September 18, 2014.

He has helped the J House Vlogs channel earn more than 2.1 million subscribers. One of his and his family's most popular videos there, "TORNADO!," has amassed more than 1 million total views.

He posted a vlog entry detailing his grandmother's battle with cancer on March 29, 2016. He has five children: Isaac, Elise, Caleb, Laura and Janae.

He and fellow YouTube family vlogger Shay Carl Butler are both known for their popular documentations of their family lives.

Jeremy Johnston Is A Member Of