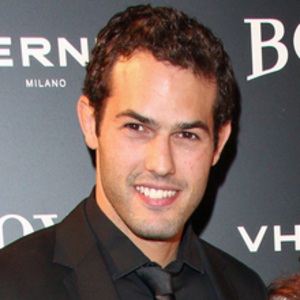 Italian model and actor who appeared in the TV series Versailles in 2015 and in the 2016 French comedy Marie and the Misfits. He gained 100,000 followers on Instagram.

He made his TV debut as Achille in the TV series Love in Paris in 2014.

He was featured in In Magazine's Guy Candy in October 2017.

He posted a photo on Instagram with actor Will Poulter in January 2017.

Jeremy Parisi Is A Member Of