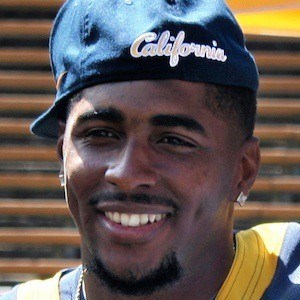 American football wide receiver and kick returner who went undrafted in 2011. He's since bounced around the NFL, playing for Green Bay, Detroit, and Oakland, among other teams.

He was primarily a kick returner at the University of California, Berkley and finished his career with more than 2,200 all-purpose yards.

He was born to Jordan and Tangerine Ross.

He and Shane Vereen were teammates at Cal.

Jeremy Ross Is A Member Of