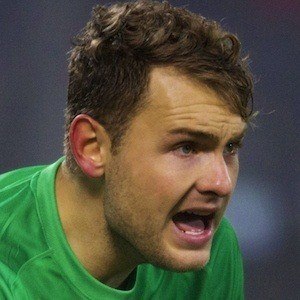 Dutch international goalkeeper known for his play in the Eredivisie with Philips Sport Vereniging (PSV), leading them to league titles in 2015 and 2016. He's also played for Waalwijk of the Eerste Divisie.

He played youth soccer with BV Veendam until 2006, when he joined PSV. His first-team debut came in 2011.

He represented the Netherlands at the U17, U19, and U21 levels before earning his first senior cap in 2015.

He and Luuk de Jong have played together on PSV.

Jeroen Zoet Is A Member Of