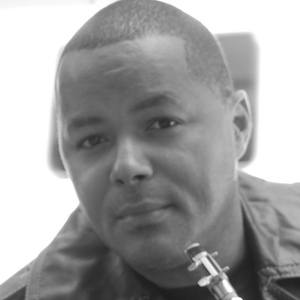 Jazz musician known by his middle name of Najee. He's received recognition for his albums Najee's Theme, Tokyo Blue, Embrace, and My Point of View. He toured with Prince from 2000 to 2003.

He learned how to play the clarinet when he was eight-years-old and studied various forms of jazz growing up before settling on the soprano sax. His first major gigs were on USO tours.

He's performed with and for a variety of famous musicians and world leaders, including a performance at Nelson Mandela's birthday.

His brother Fareed has served as his manager. He has two other brothers and two sisters, as well as six children of his own.

Part of his studies included work with Billy Taylor's Jazzmobile.

Jerome Najee Rasheed Is A Member Of